We held our very own version of COP26 just after it opened in Glasgow in early November. With the intention of raising awareness of the issues being discussed at COP26 as well as giving our students a voice in this much debated topic, the Ribston Hall Climate Change negotiations proved a successful outlet on many levels.

31 students from Year 7 through to Year 13 worked together in teams to represent countries who were either on the receiving end of issues driven by high emissions or a nation who produce excessive emissions. 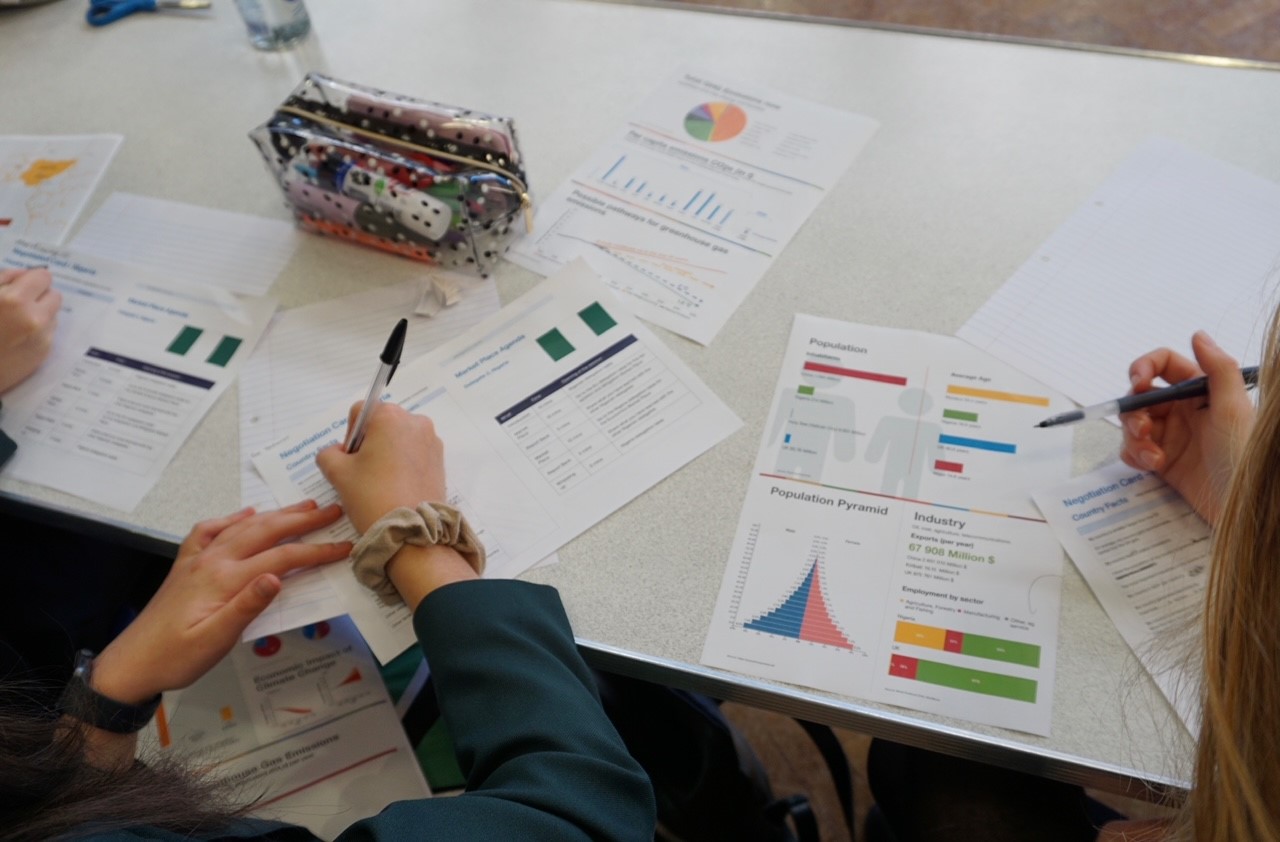 With the end goal being all countries agreeing to implement the 1.5 degree centigrade cap on rising temperatures as a result of their direct actions, the students researched, discussed, presented, debated and negotiated; an excellent set of skills being demonstrated in a large and unfamiliar forum. Countries such as the low-lying Maldives were requesting help to bolster their flood defence systems, while high polluting equally financially stretched nations were requesting assistance in reducing their emissions, for example, by employing more renewable energy. Those more financially comfortable countries or communities, such as the EU, had to settle on how much financial assistance they were able to offer other nations to achieve their joint goal. All countries produced and presented a positive pledge of actions they would take as a result of the negotiations. 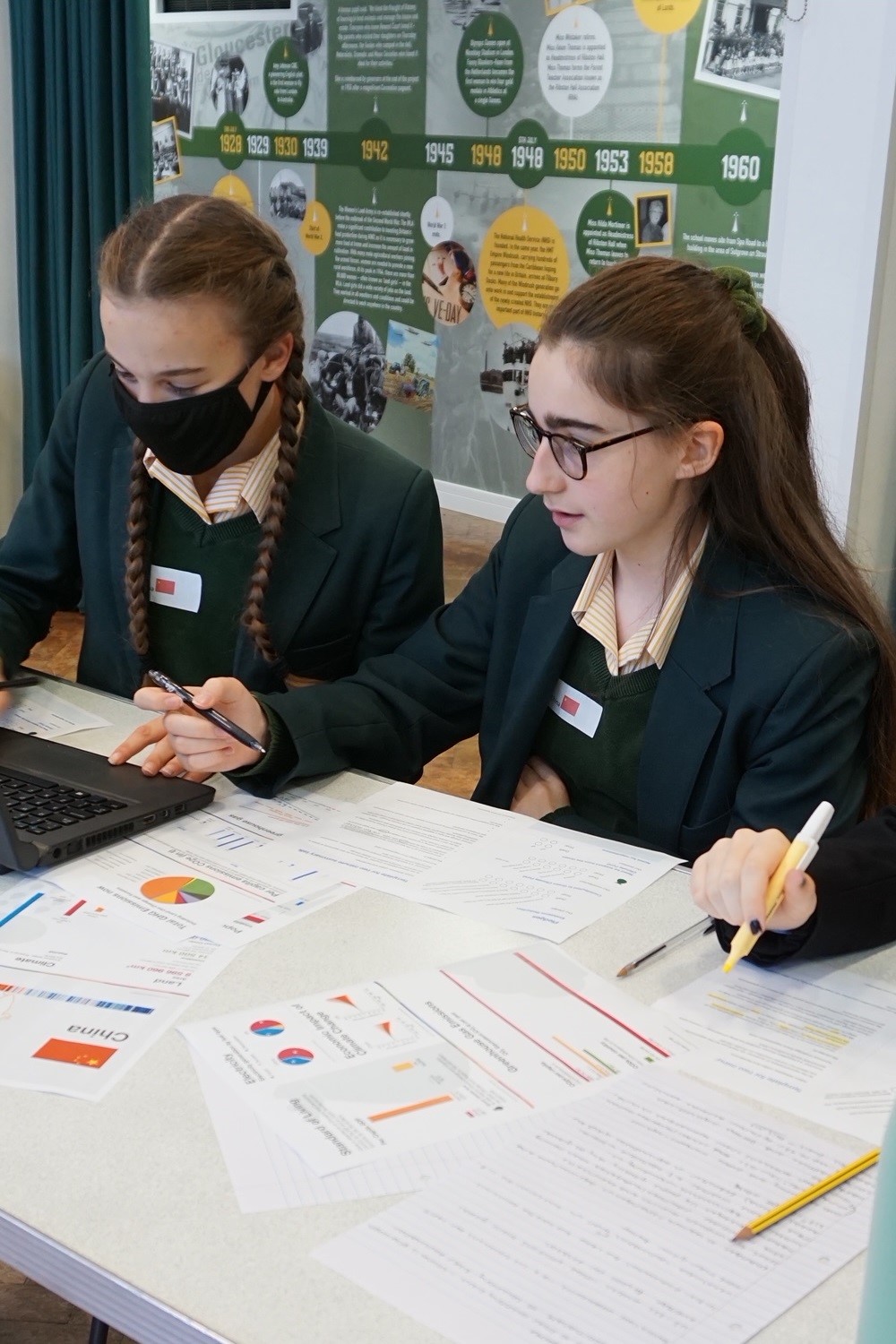 Mrs Heard facilitated the event, saying “Personally, I felt it was incredibly important to organise an event like this not only to raise awareness of COP26 but to give students experience of turning a much talked about topic, such as climate change, into a real-life situation where they had to debate and negotiate using actual data.

I am so proud of all 31 students who took place. They showed maturity in listening to other countries facts and issues and empathy in making decisions. They would make exactly the leaders we need for the future.” 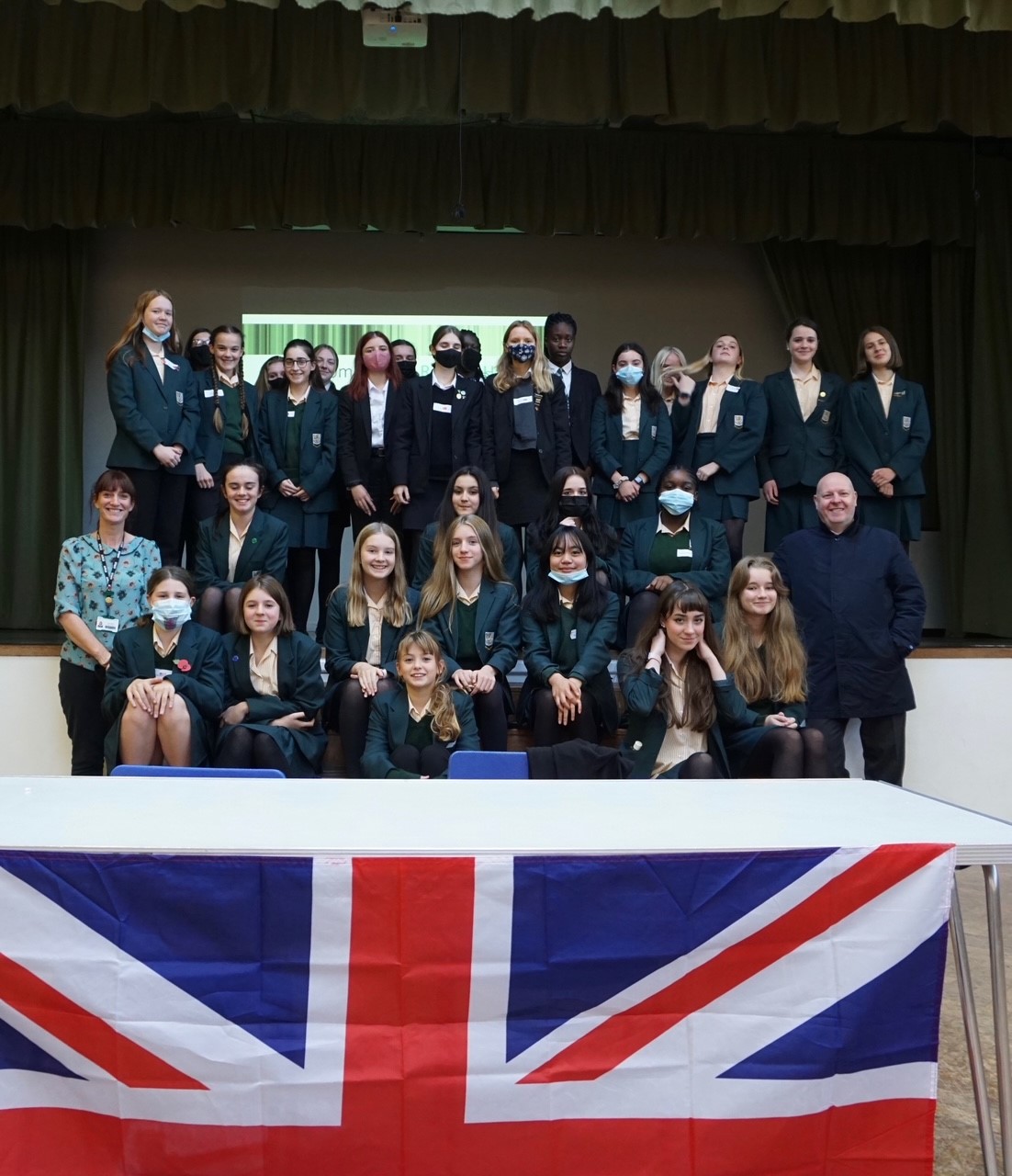 Lucy Lord, Year 13 commented: "I found the experience incredibly thought-provoking, particularly learning about all the individual countries and the detriments global warming will have on many of them. One issue I found very interested was the drastic disparities between the wealthy and less wealthy countries. Lower incomes countries like Nigeria, despite being the 13th largest producer of oil in the world, still experience extreme poverty, conflict and inequality. It was also interesting to see how all the countries, regardless of wealth, population size or location, are all experiencing the impacts of Global warming, with places like Florida, USA, experiencing the effects of rising sea levels. This shows that the fight to tackle carbon emissions is a common interest and every country will benefit if emissions are lowered. As a result of this, I hope the countries currently taking part in the COP26 event in Glasgow appreciate the severity and the need for immediate change, with people’s lives and livelihoods at risk.

I also really enjoyed this experience as it enabled a chance to negotiate with peers. As a politics student, debates and negotiations have been an interest of mine. There are very few opportunities at school to take part in organised debates, so this intrigued me prior to taking part in the event. I was also interested to learn about the countries and their contribution to climate change. After taking part in this event, I now see the importance of activities like this for our generation. If students across the country, or even across the globe, are better educated on this matter we can work together to tackle this seriousness of the problem. Whilst COP26 hasn’t ended yet, it can be seen that not enough is being been done to save our planet. That leaves it up to our generation to make the changes they aren’t willing to make." 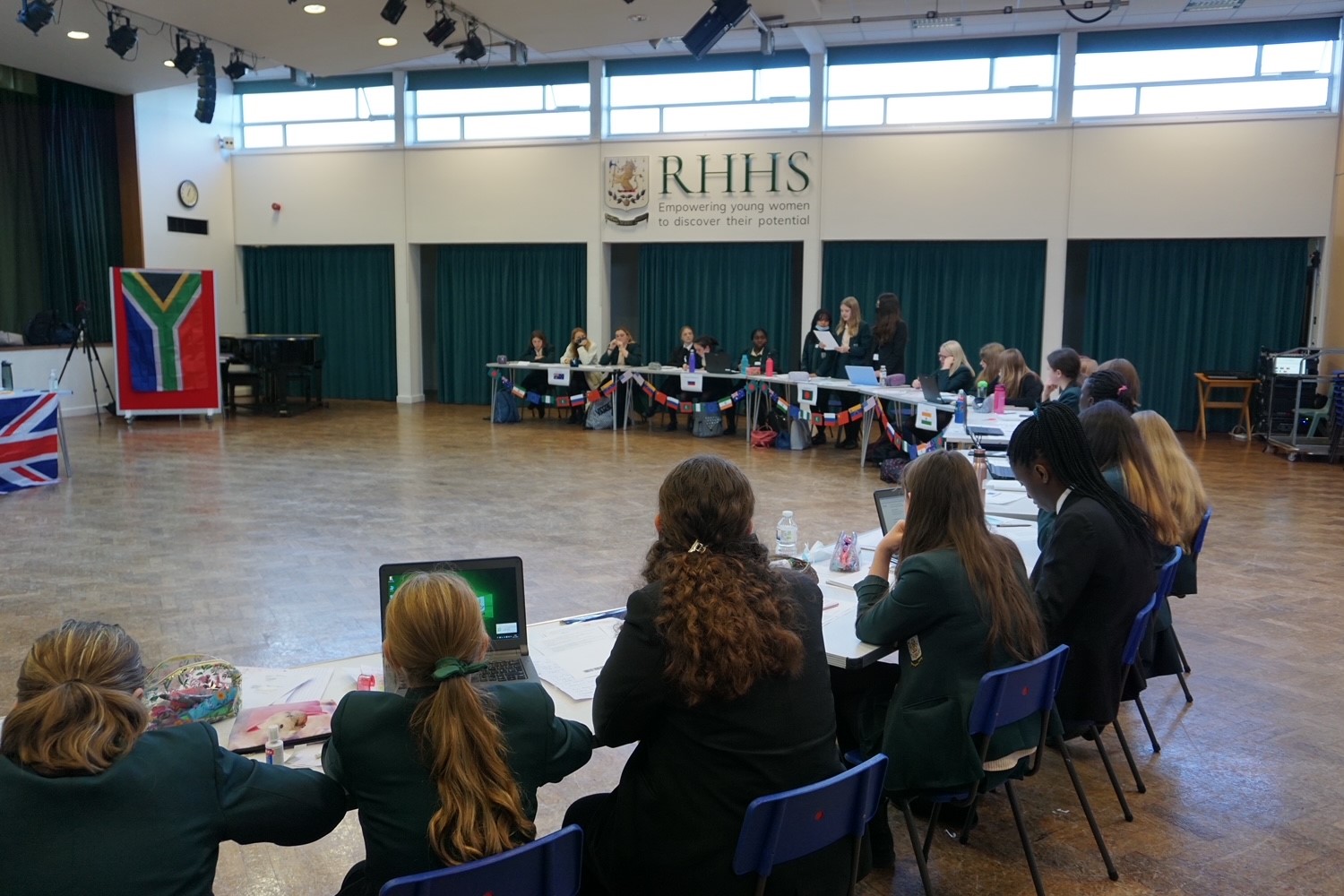 "Isabelle and I thought the COP 26 summit meeting was a great opportunity. It allowed us to immerse ourselves in the positions of world leaders at this crucial time for the world. I was in the position of the EU. This allowed me to really feel the pressure, as we were financially comfortable, but we were also feeling the effects of climate change. Isabelle represented the Maldives. This country was one of many that were being seriously affected by climate change. The Maldives is low-lying, so they are steadily drowning! We both had a great time, and we were empowered by our voices being heard. We hope there will be more events like these in the future! "