Most of our students progress to university or other higher education, while some embark on apprenticeships or other school leaver programmes.

On results day in 2021, 97% of our university applicants had accepted a firm offer, with over half of those offers coming from a Russell Group university. 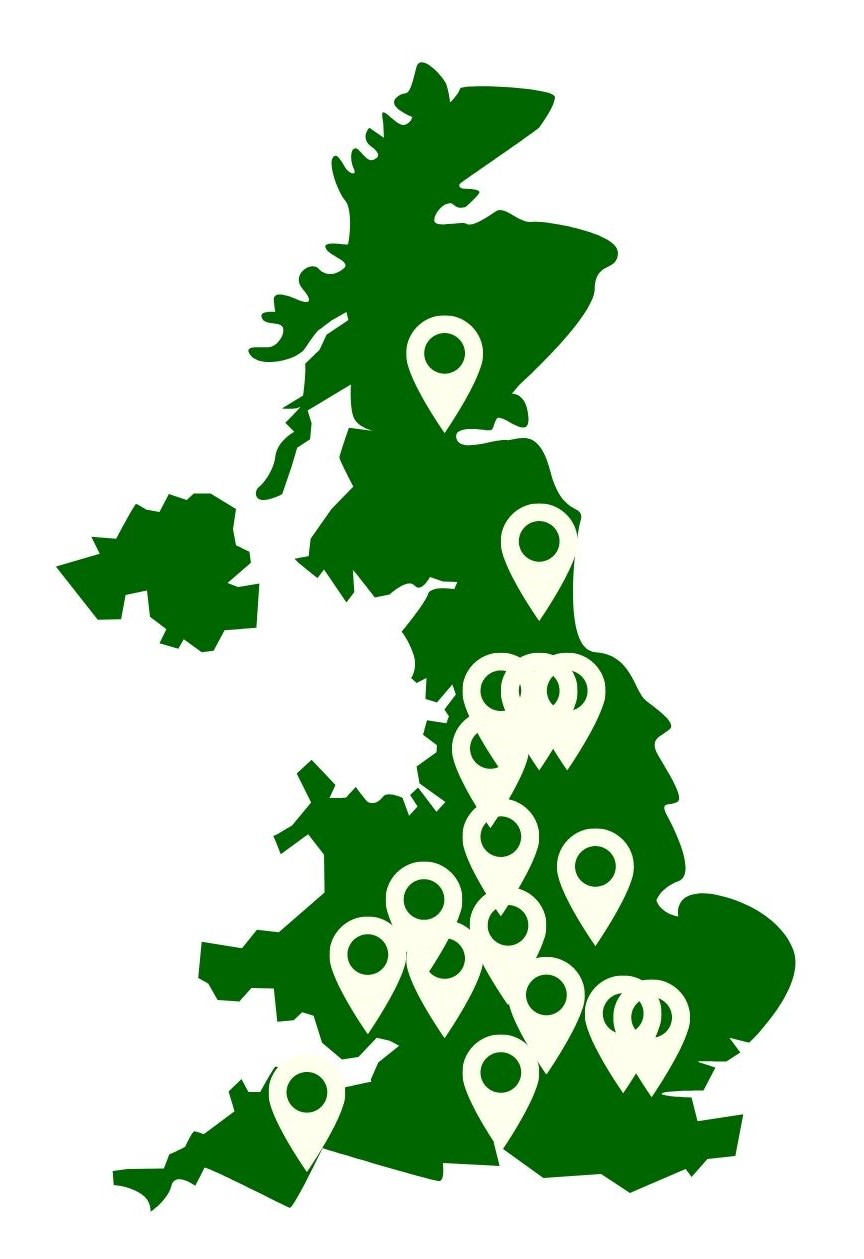 We are proud of our ex-students, with so many of them having gone on to forge successful careers across the spectrum from Medicine, Performing Arts, Teaching and Engineering. We are always delighted to welcome back alumni for careers talks and to play a part in our annual Celebration of Success service as keynote speakers. Current students enjoy seeing what successes our alumni have enjoyed; it provides an opportunity for them see first-hand the qualities that make a Ribstonian unique and ignites their aspirations.

In the last year, we have welcomed former students back into school who now work in the Textiles industry, Computer Game design and Teaching among other professions. 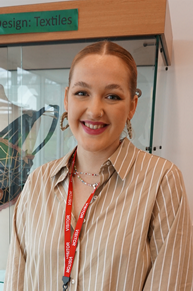 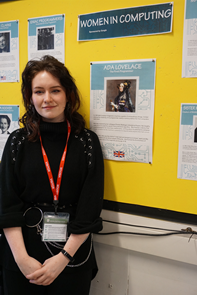 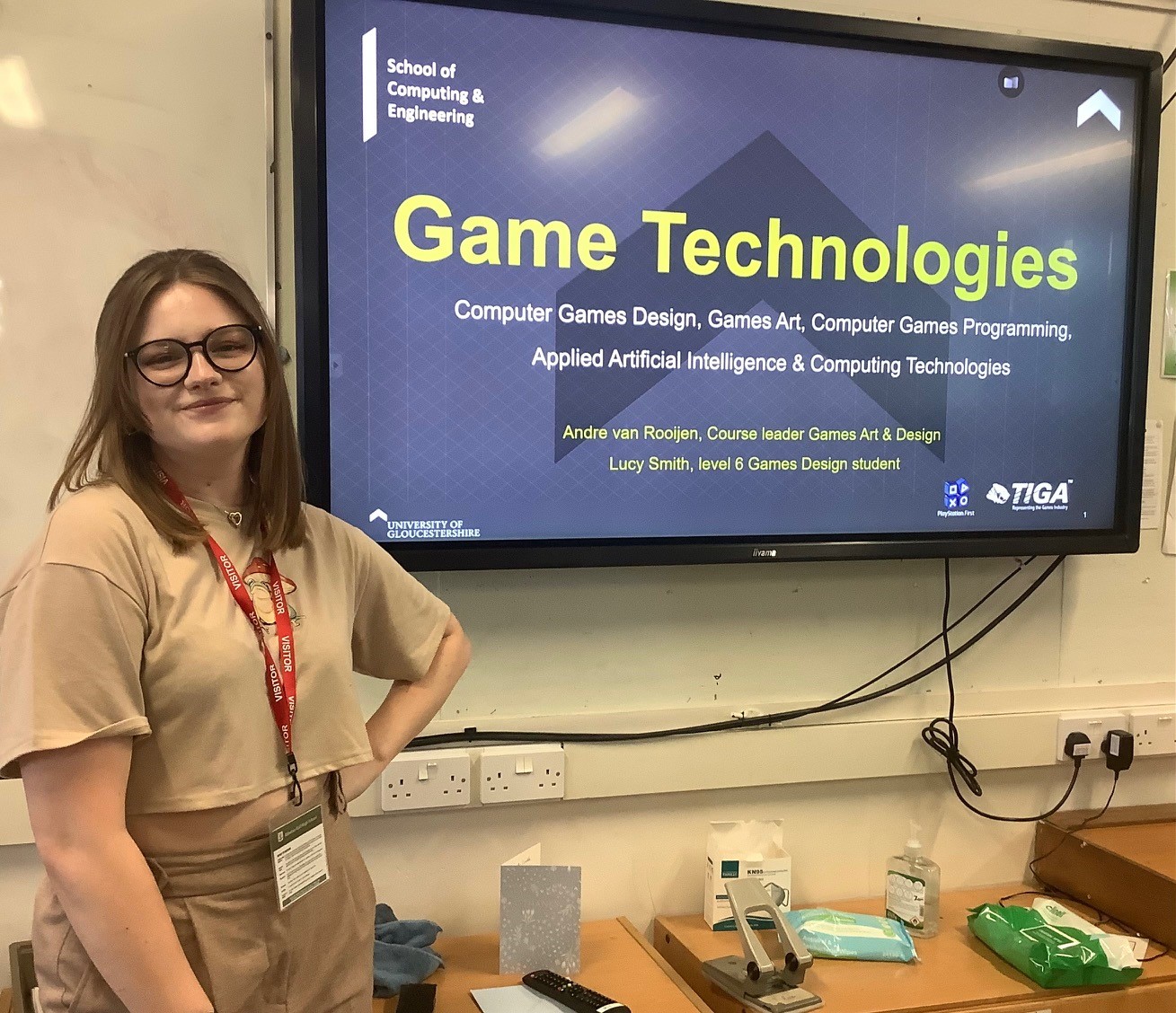 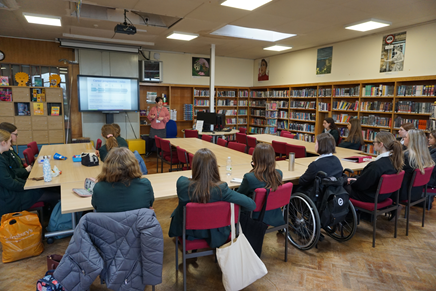 Kathleen was a Ribston Hall student in the 1940s, going on to become a Police Officer. She became the second woman to hold the rank of Commander in the London Metropolitan Police and the first woman to head a branch at Scotland Yard. She was awarded the Queen’s Police Medal in 1979, shortly before she retired. During her retirement, she campaigned for more women in the Police Force.

Irene Tordoff Fritchie, nee Fennell, attended Ribston Hall in the 1950s when the school was located at Spa Road. In the 1970s she was a training advisor for women and worked hard to ensure equality in the workplace. She was awarded a DBE in 1996 and in 2005 was made a life peer – she sits as a crossbencher in the House of Lords. She is also Chancellor of the University of Gloucestershire.

Sharon attended Ribston Hall in the 1980s. She went on to study in London and Cambridge, achieving a PhD in English. She has spent her life working as a writer, having won Young Poet of the Year and Writers Inc Writer of the Year awards. Her first novel ‘Welcome to Sharonville’ was longlisted for the Guardian First Book Award. She has also worked as an editor and coaches young writers to get their works published.

Bille was a Ribston Hall pupil in the 1970s, going on to study at Bournemouth Film School. She is now a British film and television director, with many BBC and ITV works to her name. In 2002 she became the first director to simultaneously release a film in the cinema and stream it online.

Adina was a student in the early 2000s, heading to the University of Cardiff to study English Literature after leaving Ribston Hall. After graduating with First Class Honours, she completed a postgraduate diploma in Journalism. A stint with a local news agency followed before she moved to the BBC to read the news on Radio One. Now, she is Community Affairs Correspondent and features regularly on BBC News.

Mary was a student in the early 2000s, before heading to the University of Sheffield to study Music and Chinese. Her second year at university took her to China, where she won the Chinese version of X-Factor. She has since released an award-winning album with Decca Records and provides the voice of the Downton Abbey theme. She performed at the 2012 FA Cup Final at Wembley to a live audience of 90,000 and a worldwide television audience of 300 million people.

Nathan joined the Sixth Form at Ribston Hall in 2009. While here, he auditioned for a boy band and was selected as one of the founder members of The Wanted. The band went on to achieve 10 UK top 10 singles and 3 UK top ten albums, selling more than 10 million records. Nathan even bought his bandmates in The Wanted back to Ribston Hall to perform a gig in our hall!

Beth was a Ribston Hall student during the 1990s and started rowing while she was here. She made the National team and went on to represent Team GB in two successive Olympics, Beijing 2008 and London 2012, earning 5th and 6th places respectively. She won a gold medal as part of the Women’s Quadruple Skulls in the Rowing World Cup in 2010.

Christina attended Ribston Hall in the 1990s, becoming Head Girl in 1998 as Christina Walton. She studied drama in Manchester and went on to become a model and actress. She played the lead in award-winning play ‘Looking for JJ’ with the Pilot Theatre Company. Her first television role was playing Dannii Carbone in Channel Four’s Hollyoaks.

Roella attended Ribston Hall in the 2010s. A talented musician, she played piano, clarinet, alto saxophone and bass guitar. She went on to study music at London’s Trinity Laban, becoming known as a talented multi-instrumentalist and composer. She currently attends the prestigious Berklee Music School in Boston, having been awarded a scholarship. She played at London Jazz Festival in 2018, aged just 20, and is currently part of The Steinway Series at the Royal Albert Hall, which champions exceptional classical music and jazz artists.

The young women and men that have attended Ribston Hall are an integral part of our history. We are always open to hearing more of their memories and experiences of attending our school and what they went on to do in their careers.

If you are a former student and would like to get involved with events at Ribston, share a fond memory or update us with what you’re doing now, please contact us.